Padstow’s narrow streets boast many beautiful old buildings, from weather-worn fishermen’s cottages to ancient public houses with low ceilings and slanting doorways. Each one adds to the pretty harbours charm and character. But there is one particular building that sits a little apart from the rest which is indelibly linked to the history of this town.

The Elizabethan country house known as Prideaux Place was built in 1592 by Sir Nicholas Prideaux and it remains one of the oldest houses in the west of England to still be lived in as a family home. In fact, while the Prideaux family have now been in Padstow for some fourteen generations their connection of Cornwall goes back even further. The Prideaux’ are believed to have settled here soon after the Norman Conquest in 1066, first building Prideaux Castle near Fowey before making the move to Padstow. 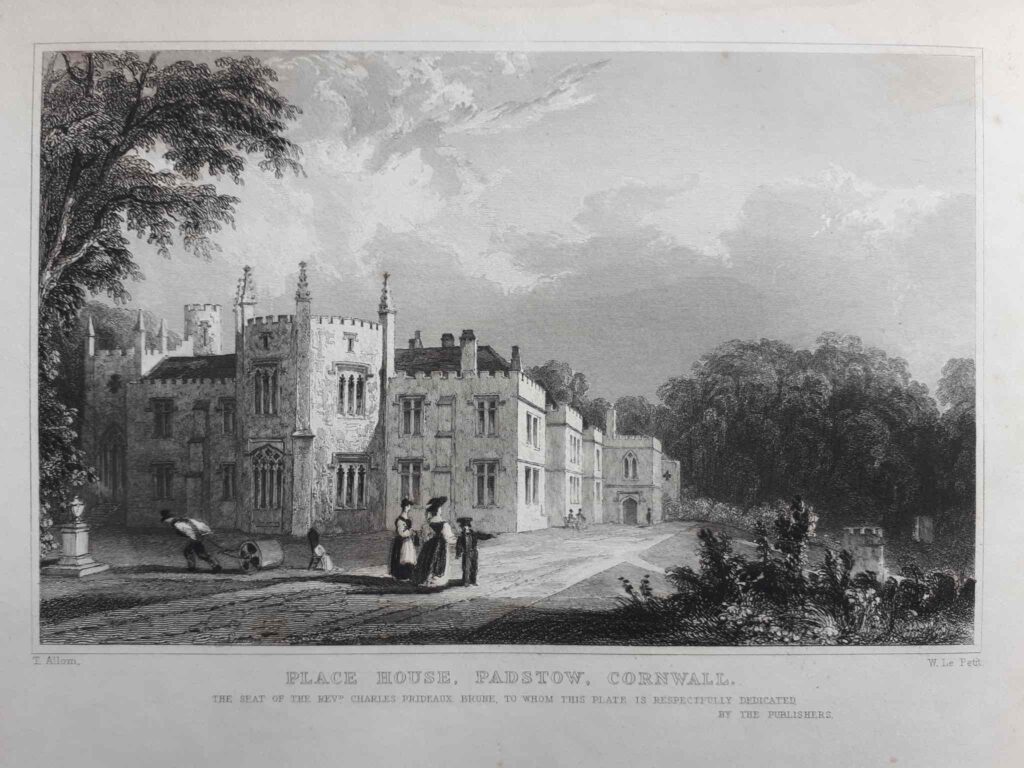 The history of the Prideaux family has rightly been a colourful one for such an ancient lineage. They have been scholars, clergymen and magistrates, dabbled in politics or even travelled as merchants to far-flung countries in the Middle East. A member of the Prideaux family has been Sheriff of Cornwall sixteen times since the 15th century and of course, like all families, some members have left a more significant mark than others.

It all began with Sir Nicholas’s grandfather, also called Nicholas, who was a lawyer in the time of Henry VIII, during the Dissolution of the Monasteries, and was awarded a lease of the tithes of four parishes – Bodmin, St Minver, Cubert and Padstow, which brought him an enormous income for the time, as well as the freehold of the Manor of Padstow which was part of the lands of Bodmin Priory.

Edmund Prideaux (1687-1745) was an aspiring artist and considered a man of taste. He made many changes to Place both inside and out, adding sash windows, removing the original pointed gables and introducing the wooden panelling inside. Edmund travelled to Italy collecting Roman antiques and on his return added a classical temple to the formal gardens and an arbour in which to display his exotic souvenirs.

When Prideaux Place was constructed it was built in a patriotic E-shape, one long wing with three projecting bays, in honour of the then Queen. It was, and still is, surrounded on three sides by woodland and has a deer park on the forth side with views to the River Camel. The deer remain to this day and can be seen grazing in front of the house. Since its construction the fortunes of Place and the Prideaux family have ebbed and flowed, the building itself has been altered and expanded by each generation to suit their style and needs but it has always been a focal point for the local community.

On May Day each year Padstow’s famous Obby Oss, and the crowds that follow, pay a visit to the house. The present-day members of the family come out into the gardens to greet them proving that after more than 400 years Prideaux Place remains at the heart of Padstow’s community.

How to get away from the crowds