Where the sea leaps at the feet of terrific precipices and the Doom Bar snarls like an angry lion.
A.G. Folliott-Stokes, 1931

The sandbar which once stretched across the mouth of the Camel Estuary from Stepper Point to St Enodoc has an ominous name and an equally ominous reputation. The legends associated with its formation have been told and retold by generations of local people and have taken on a life of their own.

In the not so distant past Padstow was as famous for its ship building as it was for its fishing. During Elizabethan times there were at least half a dozen shipyards flourishing here and Padstow-made schooners were famous throughout Europe. At one time more ships were registered at Padstow than at Cardiff. But the gradual, unrelenting creep of the Doom Bar, along with the arrival of the railway, took a heavy toll. Eventually the entrance of the harbour was no longer viable as the Doom Bar reached also the entire way across leaving just a narrow channel close to Stepper Point. The ship building industry slipped into obscurity.

The supernatural myth of The Doom Bar

The growth of the Doom Bar is often blamed on something supernatural rather than simply the power of the tides and the unrelenting movement of sand. There are many versions of the story but in short, legend has it that when the harbour was still deep and open a young fisherman called Tristram Bird bought a new gun and was taking pot shots at what he thought was a seal out in the bay. Unfortunately what he actually hit was a mermaid, who, with her dying breath, cursed the little port of Padstow and furiously threw up great handfuls of sand from the seabed to form the bar. Her curse certainly seems to have taken effect because as well as bringing an end to the ship building the Doom Bar has also claimed a multitude of wrecks in the past 150 years or so.

Clive Carter in his book on shipwrecks of the north coast wrote that “tragedy and heartbreak, tempered by the unquenchable heroism of the Padstow men, was the real story of these dreaded sands”. Indeed, somewhere between 400 and 600 ships, depending on your source, have been recorded as either wrecked or stranded on the bar.

The Doom Bar is part of what makes Padstow so beautiful

Dramatic history aside, today the Doom Bar adds to the beauty and interest of this part of Cornwall’s coast. Made up mostly of crushed mollusc shells, it has moved in recent years and the main channel now runs roughly through the middle of the estuary. The depths and shallows it creates however, help to enhance the mesmerising colours of the water and play games with the reflective light. Despite its reputation the Doom Bar is part of what makes Padstow so special. 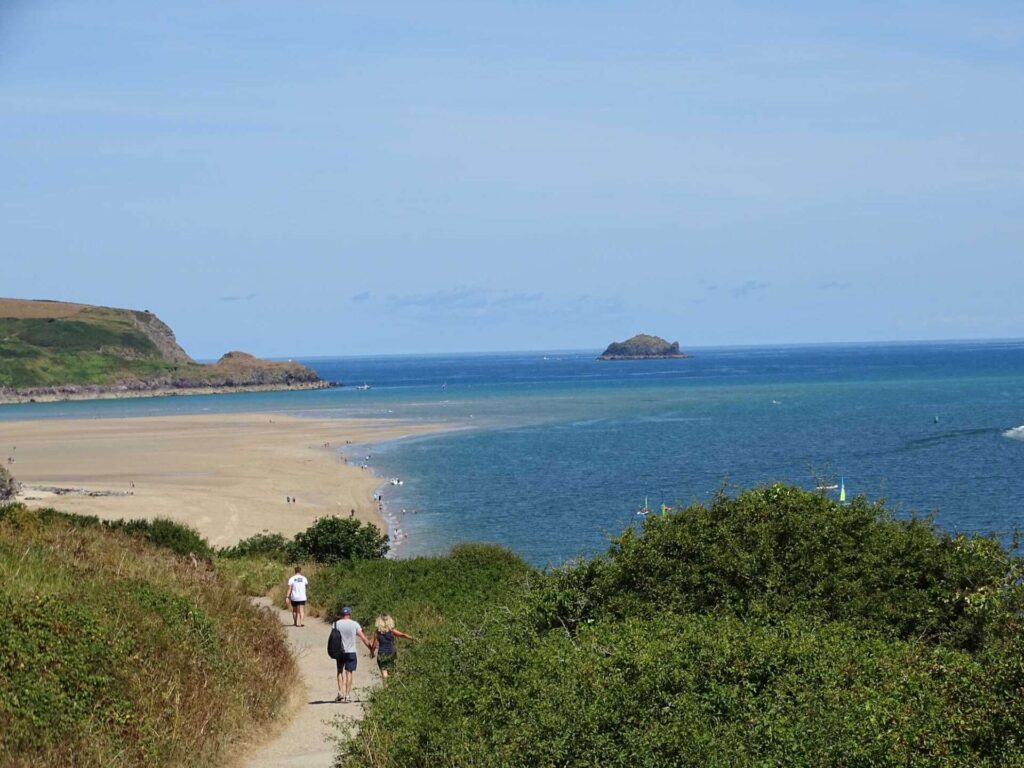 Five places to see Bluebells in Cornwall this spring

The prettiest churches in and around Padstow