How to get away from the crowds

While it’s wonderful that Cornwall provides so many people with a place to escape over the summer, there is only so much love a county can take. If 2020 was anything to go by, our most popular beaches, towns and attractions look set to be overwhelmed by traffic as people go in search of their own perfect piece of Cornwall.

With staycations high on the agenda for many in 2021, Cornwall’s tourism agency, Visit Cornwall are actively looking for a solution to the problem. They have stopped promoting the most popular destinations and are planning a pilot scheme next year that will use satellite technology to help visitors avoid the busiest spots.

But until that day comes, here are a few old-tech recommendations to help you get away from it all in North Cornwall.

Many people make the pilgrimage to Tintagel Castle in search of medieval mystery, but you’re only a mile or so from discovering an equally magical and far quieter Arthurian landscape. The waterfall at St Nectan’s Glen cascades through 60 feet and is surrounded by wonders including a hermitage, an arbour, and mysterious rock carvings. 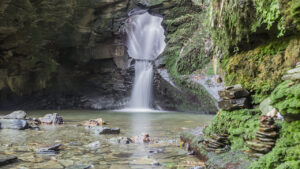 Like many of Cornwall’s ‘secret’ beaches, there’s a reason for its relative quietness: a steep and challenging approach via a cliff path. But once you’re on the beach you should find the solitude you crave and good snorkelling if you want to get ever further away from the crowds. 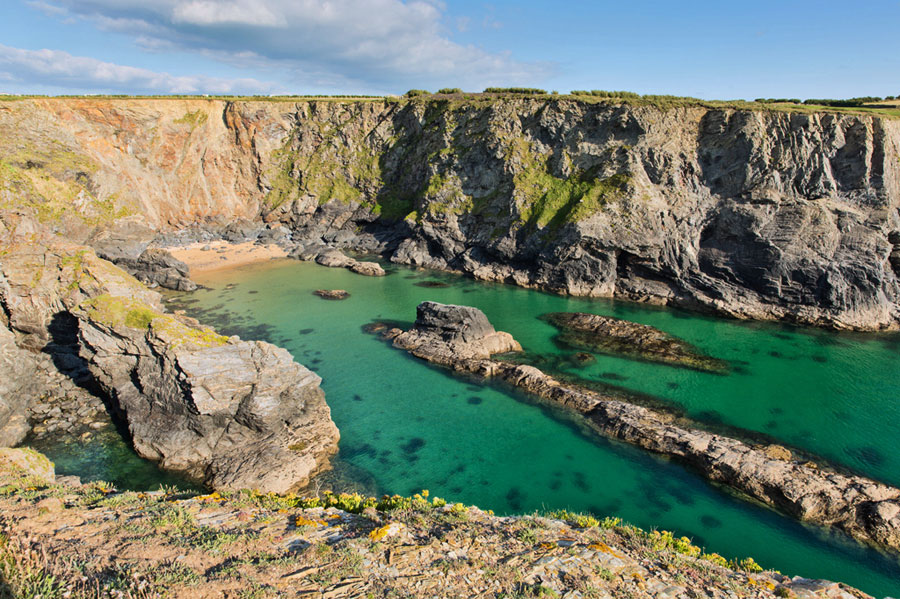 The South West Coastal path can sometimes feel as congested as our coastal roads at this time of year, but there’s an alternative route for walkers on our doorstep.

The Saints’ Way is part of an old pilgrimage trail that led believers from Padstow to Fowey and then to France and Spain by boat. This 27 mile cross country walk begins in Padstow and takes in Little Petherick Creek, St Breock Downs and Helman Tor. Alternatively you can explore individual parts of the route as a day trip, just follow the Celtic crosses.

With the best will in the world, the waters around North Cornwall can be a little challenging at times. It’s a feeling that was shared by holidaymakers in the 18th and 19th centuries. Their solution was to construct tidal pools of different depths in the rocks. Visit Lady Basset’s baths at Portreath where you can submerge in a choice of seven tidal pools at low tide. 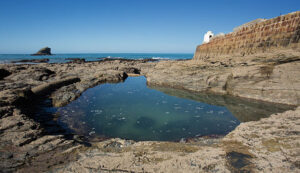 Cornwall isn’t known for its mountains – but the best we can manage are Bodmin Moor. Brown Willy is the tallest of these and is the route many take, but if its 420 metres and eccentric name put you off, we recommend neighbouring Rough Tor instead.

Starting out from the car park at Poldue Downs, you’ll pass through eight kilometres of landscape scattered with Bronze Age stone circles and Neolithic monuments. Ascend Rough Tor’s 400 metres and you’ll be rewarded with a sweeping, mostly deserted vista of North Cornwall’s moorland. 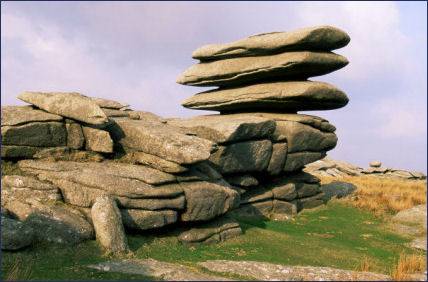 While most will be attracted by the spectacular Eden Project or captured by the romance of the Lost Gardens of Heligan, there are quieter delights to be found near St Austell. Hidden Valley Gardens in Treesmill offers three acres of colourful horticultural delights including ponds, a Japanese area and a Fairy Well.

The Garden of Cornwall  – The delights of our locally grown produce

The Smugglers of Padstow

A Summer of outdoor theatre and movies in Cornwall

Surfer’s Paradise: 7 of the Best Surfing Beaches in North Cornwall