The habit of building cliff castles or promontory forts as they are also known, may well have given the Cornish their first recorded name. The ‘Cornovii’, meaning promontory people, are thought to have been the Celtic tribe that first occupied the south west peninsula. And although cliff castles are by no means unique to Cornwall, they can also be found in Devon, Wales and Brittany, they are particularly numerous in this part of the country.

At least 33 can still be found along Cornwall’s coastline, mostly along the north coast, and in all likelihood many more have fallen into the sea over the centuries since they were constructed. There are fine examples at Trevelgue Head, Rumps Point, Gurnards Head, Crane Castle and Maen Castle as well as Treryn Dinas, Dodman Point and Rame Head on the south coast. A line of strongholds guarding numerous Cornish clifftops. 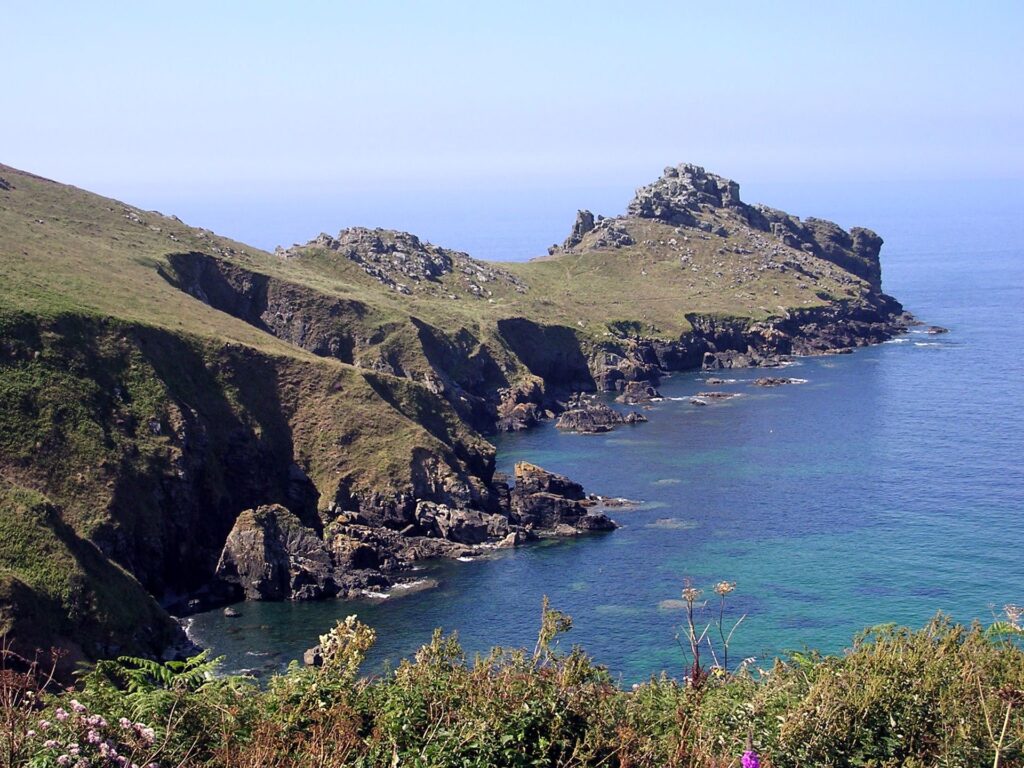 Cliff castles date back to the iron age

Cliff castles were constructed during the Iron Age and were in use up until around the time of the Roman occupation. The builders would select a suitable headland and then separate it from the mainland by constructing earthen ramparts and ditches, this created strong defensive enclosures that were also protected by the sea and high cliffs at the rear. Inside these forts the community would build their homes and store houses. While these ingenious defensive settlements kept the community safe from any hostile neighbours it is important to remember cliff castles were not solely places of refuge. There is also a theory that these places were spiritual as much as practical, that they were seen as somehow separate, a world apart from the mainland.

We know they were also used as secure locations from which to conduct maritime trade with outsiders. From these promontories it was easy to control contact with visitors. The Rumps across Padstow Bay is a twin headland which had a promontory fort built on it relatively late, around 100BC. The site once had a thriving village of round houses, inside the safety of three earthen ramparts, where evidence of trade links with the Mediterranean has been found.

Finds of sheep bone and spinal whorls as well as clay ovens and querns also indicate, as you would expect, a strong agriculture-based culture. At Trevelgue Head cliff castle, where no less than seven ramparts protect the headland, archaeological digs uncovered furnaces and large quantities of waste from smelting, evidence of early metal works. There would have been much to attract traders from far and wide to these coastal strongholds.

As with so many ancient places it is hard to imagine now the lives and livelihoods that once thrived on these windswept headlands but a little knowledge of their age and use can really add to any coastal walk in Cornwall. Sooner or later you will come across one of these cliff castles and wonder at its audacious construction which now often teeters on the edge of the abyss.

Where to go wild swimming in Cornwall

A visit to St Michael’s Mount

Real life TV and movie sets to visit in Cornwall